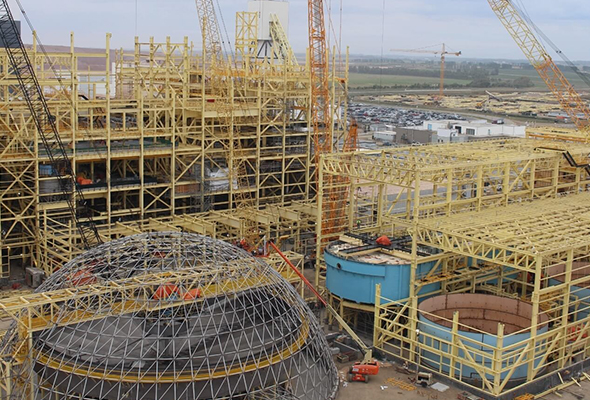 Agrium merged with PotashCorp in 2018 to become Nutrien, one of the world’s largest potash producer with over 20 million tonnes of potash capacity at six lower-cost potash mines in Saskatchewan, Canada.

Client Needs: The Vanscoy Ultimate Expansion increased potash production by 1.0 million t/a with new dry crushing, scrubbing, insoluble flotation, and potash flotation as well as brownfield tie-ins to the crystallizer and utility circuits. The life of mine was projected as 61-years post-expansion.

Conducted design optimizations through value engineering exercises related to equipment retrofits on a Potash mine expansion. Evaluated and examined key tie-points based on design documents and in the field to ensure smooth transition during shutdown construction periods. Implemented a detailed materials management plan to align engineering and procurement departments with the on-site contractor. The end goal was to ensure that all equipment and bulk materials were supplied and installed per the project schedule.

Results: Influenced the client to pursue a new alternative related to the replacement of five existing pressure vessels. This was accomplished by conducting field examinations of the existing equipment and preparing a safety memo detailing the benefits of replacing equipment that had been in continuous operation for sixty years, by preparing a trade-off report detailing various operational scenarios, and by optimizing the size of the new process equipment systems. This allowed the client to achieve nameplate production under safe operating conditions any day of the year as per the Process Design Criteria as opposed to an average value with peak production in the winter as they had previously operated.
The overall program execution led to design optimizations related to equipment retrofits and clash detection and ensured smooth installations during shutdown construction periods.